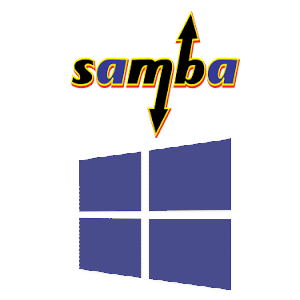 I was recently setting up a workgroup network consisting of both Windows and Linux machines.  Specifically they were Windows 10 and Linux Mint implementations.

Although I did everything recommended on the numerous websites I could not get the Windows machines to show up on the network, or get the 2 operating systems to see their respective shares.

Finally it was pointed out to me that a line in the Samba configuration file called /etc/samba/smb.conf, on the Linux machines, has a specific line in it causing all the problems.  The line in question was:

client use spnego = no

It doesn’t matter if it is set to no or yes, it causes problems.  The solution is to comment it out using a # sign at the front:

#client use spnego = no

To edit this file you could use something like:

Once the change has been made restart the SMB server with:

You should find that accessing the Windows shares starts working as expected.

Another problem I noticed is that the PCs on the network were not showing up in the Windows Explorer Network screen.  My network uses workgroups and this seemed to be related to there not being a local master.  I expected Windows 10 to provide this service, XP certainly did, but making one or more of the Linux machine be prepared to be a master solved this problem.

Using the same technique as above, change the line in smb.conf to be:

Save the change and restart SMB.

We hope these tips will get you going and save you the time I wasted getting to the bottom of it.